Nü//Shadow is a Turkish Producer who focuses on genres like Future Bass, Trap and Hip-Hop. He released many future bass tracks as a free download on the internet and he started to get attention on the market. In 2016, he re-produced one of his free download song “Dear Feelings” with Grauman who is one of the well-known techno producers of Turkey. It is released by Berlinist as his first professional single. After that, he collaborated with Oceans and released his second work “Out of Sight” from Trap Cords and the track is listened more than 100.000 on Soundcloud. It was his first international success. 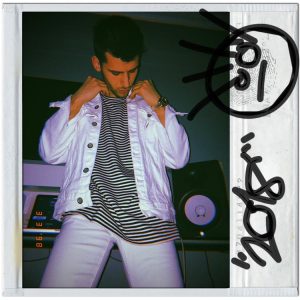 In 2017, he signed with SSL Music and he has released his first solo single “May We Meet Again”.   He got support from The Vibes Network on Spotify. In April of 2018, he has released his huge trap record “Same $hit (ft. Ediz Aksay)”. The song got remarkable feedback from the hip-hop industry in Turkey. He started to produce beats for local rappers. On 2018 summer, he released his latest single HER featuring NueFrench who is an underground rapper has thousands of plays on Spotify. After that, he got the attention of Tanerman who is one of the well-known producers in the Turkish hip-hop industry. Nü//Shadow got a chance to get involved in Tanerman’s projects and he increased his production skills day by day. At the end of 2018, he is featured in Tanerman’s single “White Mask” which is released by Basemode Records, a division of Sony Music Entertainment Turkey.